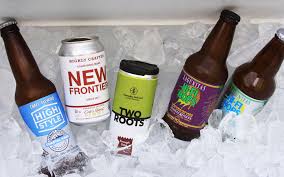 On a hot summer day, there’s nothing more satisfying than cracking open a frosty bottle of … non-alcoholic beer with weed in it?

Aimed at millennials, who are apparently tired of drinking, a confusing batch of cannabis-infused beer alternatives recently arrived on dispensary shelves. These drinks aren’t labeled as “beer,” there’s 5 to 10 milligrams of THC dissolved in them somehow, and they’re here to revolutionize cannabis consumption—at least according to the people selling the stuff.

Looking for new sources of revenue, the liquor industry is positioning itself to profit from cannabis, instead of competing with it, which sounds good until you remember how groups like the California Beer & Beverage Distributors previously donated money to prevent cannabis legalization. Such is the incredible hubris generated by the investment firms and Big Alcohol executives looking to co-opt cannabis by liquifying, bottling, and marketing it as “a true alternative to alcohol.”

In Canada, where cannabis is federally legal, giants like Molson Coors intend to be a “participant” in this new $3 billion dollar market rather than a “spectator,” preparing new cannabis beers for this fall when THC-infused food and drinks become legal to sell. Similar headline-grabbing deals unfolded during 2018, with Constellation Brands (who owns Corona and Modelo) acquired a sizable interest in Canopy Growth Corporation through a $4 billion dollar investment in the Canadian cannabis company.

On the upside: Anyone can choose to discreetly consume liquid THC at parties without lighting up a stinky joint. And some parents will be empowered to use cannabis drinks because their kids already understand the concept of “adult beverages.” Plus, we could all benefit from reducing our alcohol consumption.

Also, cannabis and beer do belong together. Both hops and herb are members of the family “Cannabaceae”, with the plump hops blossoms resembling cannabis flowers. Hops contain terpenes just like cannabis, imbuing different beers with unique flavors as well as acting as a bittering agent and preservative while retaining the “head” of a beer. There’s also “strains” of hops, much like cannabis, with varietals such as Cascade, Chinook, and Centennial primarily used in the US.

If you want to make a real cannabis beer, you’ll need to do so at home, because combining cannabis’ main active ingredient, THC, with alcohol and selling it is still officially prohibited in California and ten other legal markets.

Substituting cannabis flowers for hops during the beer fermentation process results in a brew that gets you tipsy and lifted simultaneously (due to the alcohol pulling a full spectrum of cannabinoids from the plant) while showcasing the unique flavors of the cannabis flower. Sounds good, right?

However, when people say “cannabis beer” today, this type of brew is not what they mean. Since it’s not legal to sell a mixture of THC and alcohol (with the exception of a few tinctures), the THC-infused “beers” on the market are non-alcoholic, with the isolated THC added after the fermentation process. In California, producers cannot legally call these beverages “beer” or market them with any verbiage referring to beer styles, such as IPA, ale, lager, pilsner, etc.

Here’s the thing: Does anyone really want to drink canna-beer instead of regular beer? The cannabis beverage market is a minuscule 0.7% slice of the overall legal market in California. While cannabis is indeed the healthier alternative, there’s a wide variety of drinkable THC options including sodas, teas, juice, and cold brew coffee on dispensary shelves. Plus, it’s not cost-effective as a beer replacement. The price of one 10 mg bottle of weed brew can run $10.

Due to the limitations in how these brews can be made, it’s very difficult to craft a beverage with the body, aroma and flavor of an IPA, lager, or pilsner. Even with state-of-the-art proprietary techniques to remove the alcohol, you’re still left with a beverage that’s got no body and ultimately no soul. One of my expert tasters suggested that “dry-hopping,” or adding more hops after the initial fermentation, might be a way to improve the flavor for this type of product, but a better idea might be just stop!

It’s much more satisfying to pair a fat joint of a favorite strain with a complementary beer, or take matters into your own hands. Brew your own beer at home, replace the hops with cannabis flowers, and invite me over for a taste of the real thing.

This article was found on www.leafy.com 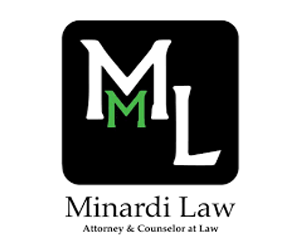 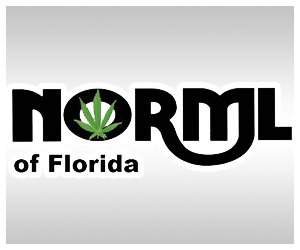